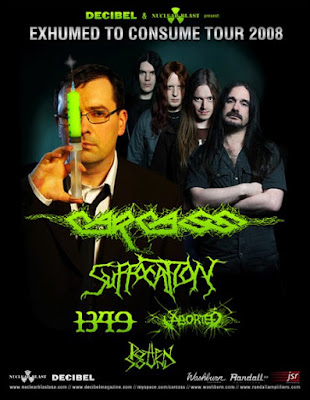 
On rare occasions, the universe aligns to create the perfect concert. All of the elements must be perfect - the band's performance, the venue, the sound system, the crowd, and the folks that accompany you to the show. It happened this night, at the concert I never thought I'd get to see - the mighty Carcass.