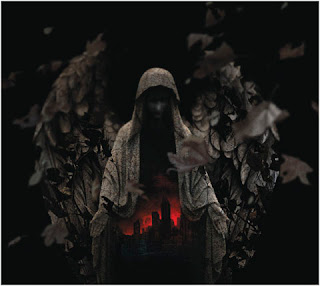 Night Is The New Day is an enthralling album. My instincts tell me I should be appalled at the further evisceration of metal from the Katatonia sound. I want to be upset that this is the least guitar oriented album in the Katatonia catalog. I've battled back and forth with myself on the merits of NITND for a while now. In the end, whatever I find lacking in the instrumentation is outweighed by the overall result. At the very least, this is the vocal performance of Jonas Renske's career. He has achieved something startling here as a songwriter. The album is a coherent, consistent and self contained vision of Katatonia's future.

On NITND, the majority of the songs are driven by keys, atmospheric sythesizers and clean guitar lines. Heavy guitars are used as more of an accent, and the guitars in general are no longer the backbone of the music. The drums are muted in the mix and often digitized. I think the result is quite different from anything Katatonia have thus far achieved.

"Foresaker," widely circulated as a sampler, opens the album with what is essentially false advertising. It’s the heaviest song on NITND, and it's also the only one that offers an aesthetic continuation of The Great Cold Distance. An infectious rhythmic guitar line accompanies fantastic vocals. Jonas’ voice is pitch perfect and perfectly morose. "The Longest Year" formally introduces us to the new Katatonia sound, with digitized drums, sparse clean guitars and strings. The heavy part sports a distorted, bendy riff, but the synths still overshadow it in the mix.

On "Idle Blood" Jonas manages to do a near perfect impression of Mikael Åkerfeldt's clean singing. That should give you some indication of how great his voice sounds on this album. The song has a Porcupine Tree vibe, with an extra helping of mournful sorrow. "A black state of mind" indeed.

"The Promise of Deceit" features an ingenious syncopated guitar riff that Jonas follows in a dispassionate monotone. "Nephilim" starts with an awesome vocal line, harmonized with a wailing guitar riff. "Day And Then The Shade" has some heavy guitars and keys that make me think of middle-era Dark Tranquillity. Every bit of this album is dripping in melancholic depression. Astoundingly, NITND might be the darkest thing Katatonia have ever created.

The album is beautifully crafted, with incredibly clean and concise production. When it comes down to it, I suppose NITND embodies more pop sensibility than you'd expect. I keep thinking of the last Peter Gabriel album, Up; everything here is really a vehicle for Jonas' vocals. And it works. A handful of memorable guitar riffs can be found throughout the songs, but it's the vocals that will linger in your head. I can't help but like this album, no matter what my metal sensibilities tell me. I think that's the point.