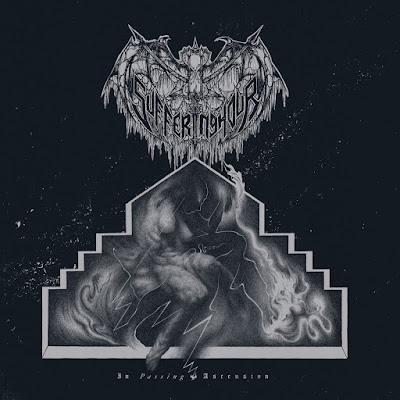 A singular and staggering vision of extremity. Embodies the unbounded ambitions of The Chasm. Owns an utterly alien guitar sorcery akin to a Negative Plane or Howls of Ebb. Vibrato bar is abused in service of gelatinous and disquieting arpeggios. Much more than mere riffs, these spasms of speed, groove, and eccentricity form a pleasing, bestial whole beyond the ken of workaday brutality. Deranged vocals and rhythmn serve the savage raison d’être without stepping in the way. The last track lets the notes fall into tremolo picked contours, venturing as close to pedestrian black metal that the album will come. All told, a formula most fatal to the flesh.