Cicada the Burrower - The Great Nothing 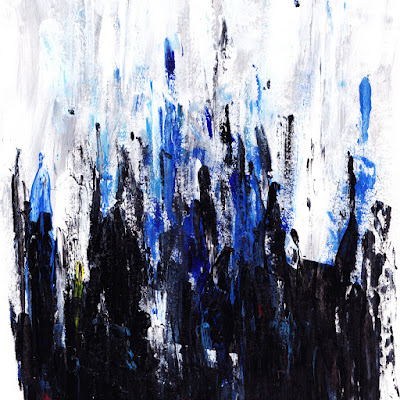 The Great Nothing by Cicada the Burrower came to my attention via the fine folks over at Toilet ov Hell. I’m a sucker for one-man black metal, and the abstract cover art is also in a style that I found strangely compelling—-yeah, don’t judge a book by its cover and all that, but sometimes presentation gets your foot in the door. According to the creator, Cameron Davis, the album is a “concept record about depression and significant experiences that happened to me,” but the style is much more wide-ranging than your typical DSBM. Vocals shriek, growl, and sometimes just cleanly proclaim. The music is dynamic, layered, and harmonically interesting, in spite of being on the lo-fi side, either by design or equipment. Then again, Guided by Voices and Husker Du have made some of my favorite songs that happen to be some of the lowest-quality recordings ever made by humans, but it doesn’t matter. The music stands on its own. Sure, you might wonder about the sincerity of an album that has a song called “Nihilism Fuck Wave” and another track, “Please Stop,” that’s literally built around the xylophone ring tone from the iPhone, but the emotions are genuine. (The iPhone song is a little confusing if you’re expecting a call, but just go with it. The new Kosmogyr album, which I also think is quite good, has a track with an underlying, whining electronic sound that’s a lot like the sound of a damaged wheel bearing, which can make it alarming listening for the car.) The music has plenty of minor key darkness, but it’s not a wallowing look at depressive—-it’s just as angry as it is sad. I pushed play again immediately after the album stopped, and I suspect a lot of people might find it equally compelling.