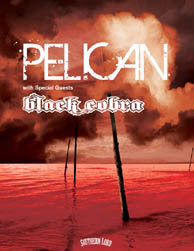 This was my first visit to the Highline Ballroom. As my brother Frank and I approached the building, we were a bit befuddled to find a Western Beef establishment at the listed address. Naturally, the ballroom was upstairs.

When we walked in, the venue was almost completely empty. The fire warden sign listed alternate maximum capacities of 380 and 660 people. Either way, there couldn't have been more than 14 people in the room. It was an interesting space; wider than it was deep. Tables were set up on the left and right as well as in a balcony surrounding the room. Thankfully, enough people filtered in before Disappearer's set to avoid an embarrassing situation.

Disappearer were surprisingly good. Ambient sludgification accompanied excellent vocals from bass player Jebb Riley, who also plays in Doomriders. They are definitely a band worth exploring. The sound was quite good, receiving the approval of my brother, the audio engineer.

Between sets, we perused the merchandise. As always, Trevor de Brauw was manning the Pelican table. The dude is such a nice guy, and he's always willing to shoot the shit with fans. I asked him why he's always stuck selling schwag, and he told us it gets him out of other unsavory tasks during the tour. Works for me. I'm actually glad it didn't occur to me to query him about the infamous Village Voice article - it would have ruined the mood.

I've been hearing good things about Black Cobra. The duo did not disappoint. There was definitely a massive, chugging, High on Fire vibe going on. I'm pretty sure Rafael Martinez put in one of the most impressive drumming performance I've ever seen. He beat the absolute hell out of his kit while maintaining a goliath, pendulous swing the whole time. Drummers just don't know how to fucking swing like that anymore these days. Unbelievable. Sure, Jason Landrian's vocals are the band's weak point, but they make up for it in sheer ferocity. I'll definitely be checking our their Southern Lord debut, Chronomega.

Frank and I were reaching proper beerification by the time Pelican set up. The venue had mercifully filled in, though it was still far from capacity. Without further ado, the band launched into tracks from their new album, What We All Come To Need. They were absolutely crushing. The mix was crystal clear, if not a bit too loud. Trevor was going wild, and Laurent began his usual bizarre chicken headed bobbing routine. Pelican were raging.

A good portion of the set came from WWACTN, which made me very happy. "The Creeper" was downright filthy, and each gorgeous melodic break shot me through the heart. The intro to "Glimmer" sounded like a righteous ode to the open road. These new songs destroy live. I spent most of the show headbanging and thrashing like a maniac. "Ephemeral" still killed live, and surprising tracks like "Specks of Light" were enthralling. 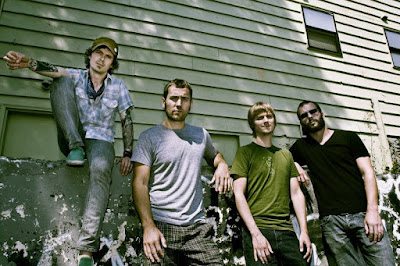 After a few songs, some fine person in the crowd took the opportunity to scream out "fuck the Village Voice!" Now that's what I wanted to hear. A few other people took up the chant, and I added a drunken scream of "fuck them!" for good measure. It felt good, but I dont' think most people had any idea what was going on. Trevor, the only band member with a microphone, responded with something like "thanks, but the Village Voice really do have a lot of good things going for them." I think it was a deflection of sorts; he's too much of nice guy to talk shit.

If I'm not mistaken, City of Echoes was represented only by its title track. It's an excellent song that encapsulates the immediacy of that album for me nicely. "GW" was the sole song from Australasia to be played. It was a lull in the show for me, perhaps the only time when my attention wandered.

Did I mention that the WWACTN tracks sound awesome live? I was extremely impressed. It's definitely worth experiencing in person. The oft maligned drumming of Larry Herweg was good on this evening, never impinging on my consciousness as offensive. On one new song, bass player Bryan Herweg traded instruments with Trevor, which was entertaining. When the set ended without a single track off The Fire in Our Throats Will Beckon the Thaw, you knew what to expect for an encore. "Sirius" closed out the evening with the icy sounds of a deep space journey.

This was a righteous and energetic show. There was nothing boring about it. My brother was blown away by his first Pelican performance. This band genuinely moves me - to mosh. No "emotional ambiguity" there. They might do nothing for you, but their live show is a trip to auditory nirvana for me. Talk all you want about "phony triumphalism," but on Monday night, Pelican were triumph.