I discovered Death shortly after discovering death metal in 1993. I spun Individual Thought Patterns for many a moon, loving it like only a teenage dude could. I love it to this day. Unfortunately, I didn’t get to see Death live until halfway through college, when they hit New York on tour for The Sound of Perseverance. 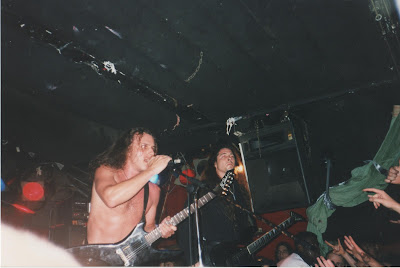 My recollections of the concert are spotty but poignant.  Hammerfall opened, experiencing extensive technical difficulties. Curfews meant absolutely nothing to Coney Island High, so the show was simply delayed indefinitely. It was late in the night when Chuck Schuldiner and company took the stage, and the crowd was intoxicated beyond belief. With the opening notes of “The Philosopher,” the subterranean deathtrap erupted into an absolute melée. 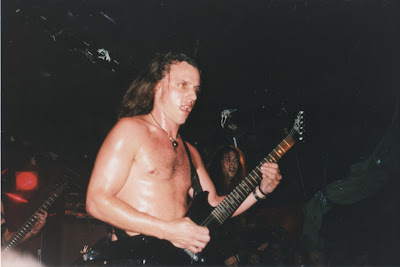 My clearest memories of that night are of Chuck Schuldiner’s stage banter.  He seemed proud of the beastly, visceral crowd reaction to his musical legacy, but he was also annoyed by our violence.  Chuck asked the crowd to calm down, or at the very least stop crowdsurfing into his microphone, which had smacked him repeatedly in the face. 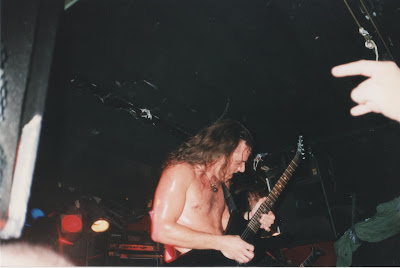 The performance, in my mind, was legendary.  Chuck’s band of the moment was spot-on, ripping through a setlist that highlighted the latter end of Death’s catalog.  I remember particular ecstasy as Chuck and Shannon Hamm traded iconic solos in “Trapped in a Corner.”  Chuck himself was a wondrous dynamo of ease, shredding, shrieking and smiling, all executed without the least bit of effort. 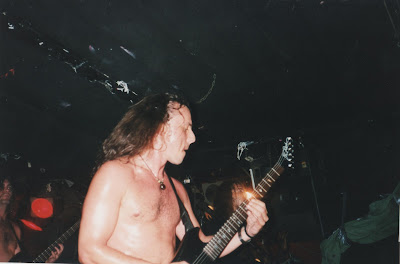 The insane audience looms large in my memories of that night.  I have no idea how I managed to capture any pictures; life-threatening danger must certainly have been involved.  I do recall complete, utter and total vehemence as “Zombie Ritual” closed out the set.  The crooked smile on Chuck’s face during that bedlam is burned into my brain.