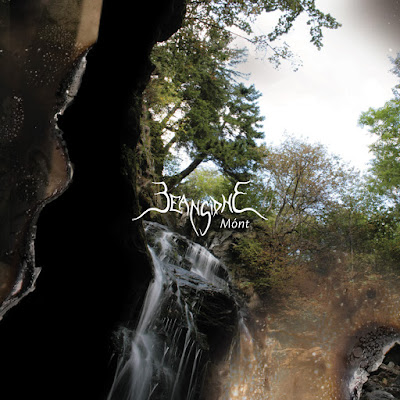 Few warriors of modern death can wield the blade of melody without maiming themselves. Melodic death metal is filled with critical misses. Black metal’s forces of folk frequently fly off the cheese-wheel. Beansidhe, however, brandish consonance with a measured and sensible hand. Melodicism both subtle and blatant permeates this organic opus. Tremolated blackness, mid-paced march, and marvelous death strikes all flourish in Beansidhe's canny compositions. Modern comparisons to this fantastic formula are few; Obsequaie and Crom Dubh have recently managed the same masterful amalgam of memorable riffs and primitive euphony. You’ll certainly hear strains of Agalloch, filaments of early Dark Tranquillity, and the up-close and personal character of a young Woods of Ypres. Solid percussion and throat-ripping vocals fend off any whiff of senseless drone. Habit forming.


Out on January 28th via Via Nocturna: