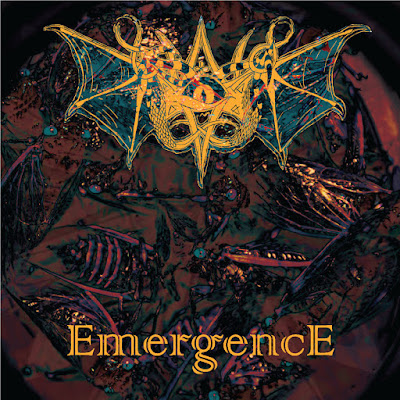 Sounds like a “forward looking," quasi-death-tech-thrash nugget that might have floated out of the underground in the early 90’s, been completely missed, and then lovingly re-issued by an independent record label in the present age. Cuts its own idiosyncratic silhouette, but is perhaps most aesthetically aligned with Revocation by way of Unquestionable Presence-era Atheist. Endearingly not-quite-right, with sideways riffs and chromatic oddities that might have oozed out Dave Mustaine’s drug-addled brain in 1985. Top notch drumming allows conventional, thrashy tropes to be tossed amidst the wreckage of three-legged grooves and galloping death. A definite aura of nofucksgiving pervades, and the splosion of solos reinforces that undisputed attitude. After being dragged over the coals of shred, the leads percolate like wholesome notions in Tony Iommi’s psyche. Second coming or flash in the pan? Banging heads want to know.