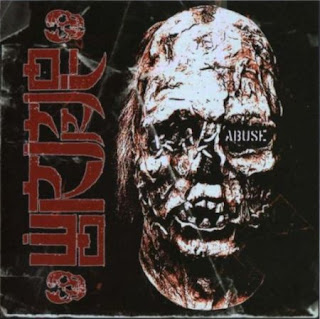 I have to admit I'm no connoisseur of grindcore. I live for Napalm Death, love early Carcass, worship Nasum and crank some occasional Terrorizer. But when I dig deeper into the world of grind, I'm usually driven away by some piece of the modern grindcore aesthetic. When a grind album does resonate with me, it's usually because it leans towards the death metal side of things. I'm a sucker for grooves, discernible riffage and just a bit of breathing room. Abuse, the absurdly awesome debut album from Singapore's Wormrot, has all of that and more. I'm pretty sure this album is essential for any fan of extreme metal.

When I first put on Abuse in the comfort of my own home, I felt an immediate physical reaction to the album. Within seconds I was raging around my downstairs, gesticulating wildly, like a demented Barney Greenway. My home is conveniently laid out to facilitate one man circle pits. I can only be thankful that the thing clocks in at under 22 minutes; one more minute and my head would have flown off my shoulders and my heart would have exploded.

Abuse is a godlike clinic of grind riffage. Each of the 23 songs is driven by addictive, simple, effective and memorable guitar lines. The guitar sound is to die for. When a groove kicks in, I want to eat this guitar tone. Something about the sound literally makes me salivate. What the hell does that mean?

Stylistically, the guitar work sticks mostly to the grindcore ideal. It's so familiar and so refreshing at the same time. The main riff in “Good Times” is preposterous. 54 seconds into “Freedom to Act,” a riff appears with a bent note melted into the groove that will bend your brain. If you don't bang your head 40 seconds into “Murder,” then you should surrender your badge. When guitarist Rasyid deviates from the expected, the results are spectacular. 30 seconds into “Fuck...I'm Drunk,” a melodic riff evokes a mutated, ground up Iron Maiden. Win.

The vocals are exactly what you'd expect – guttural gurglings versus satisfying screams. The lyrical subjects are just what I like – political and social awareness tinged with dark humor. The cover of the Yeah Yeah Yeahs song “Rich” is absolutely hilarious.

The drumming is fantastic, precise and damned good. There are a plethora of rhythmic styles represented on Abuse. More species of blast beats live here than my weak grind taxonomy can identify.

Have I raved enough? Wormrot are unfathomably awesome in my book. Abuse will certainly be among my favorite albums of the year. Brief, to the point, and expertly articulated, this album is a near perfect expression of the things I like about grindcore.

I have to thank Andrew Childers over at Grind and Punishment for recommending this album. I picked up my copy of Abuse through the Relapse web store.